Is Swimming Good for Your Brain? Experts Say Yes!

Exercise can help keep you young. This is said so much it’s almost lost all meaning. Growing research, however, suggests there’s something special and unique about swimming. Is swimming good for your brain? Researchers, scientists, and experts have long agreed any exercise is beneficial to brain health, but now they believe swimming specifically offers heightened positive neural effects. Here’s how. 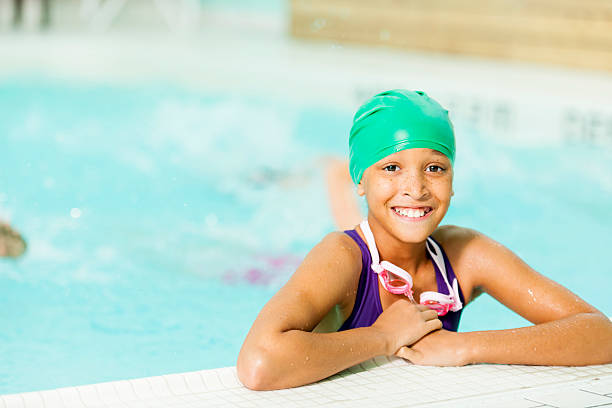 Aerobic exercise triggers the body to release certain neurotransmitters. This includes serotonin, which has been shown in increased levels to reduce depression, to minimize anxiety, and to improve overall mood.

There are also more intangible mental benefits associated with swimming, including the social aspect. This can curb loneliness or feelings of isolation.

For a long time, researchers believed neurons and synaptic connections were finite. Once damaged, there was no replacing them.

By the 1960s, this way of thinking was debunked. Ample evidence backed up the possibility of neurogenesis, or the birth of new neurons.

Aerobic exercise has been linked in both fish and mammals to reversing and repairing neural damage, and it’s largely done through the body’s response to exercise. When you exercise, you stimulate the increased production of brain-derived neurotrophic factor (BDNF).

BDNF is a protein linked to increased neural plasticity, or how capable the brain is of change. When neural plasticity goes up, so does general cognitive function. That includes the ability to learn and to remember.

BDNF has also been linked to an increased size of the hippocampus, which is responsible for learning and memory.

Surprising as it seems, rats are genetically and anatomically very similar to humans. It’s why they are so often test subjects before human trials.

In one study related to swimming and cognitive function, scientists trained rats to swim for one hour every day, five days a week. When the rats’ memories were tested, both short-term memory and long-term memory improved after just seven days.

In this study, swimming was linked to the stimulation of brain pathways, suppressed hippocampus inflammation, and inhibited apoptosis (cell death).

Your brain relies on the delivery of oxygen and nutrients in order to function properly. It also needs any waste products to be carried away. This is all done through blood flow and your circulatory system.

Any exercise can increase blood flow and promote angiogenesis (the creation of new blood vessels), and swimming is no exception. It goes beyond elevated heart rates, though. Unlike with running or cycling, swimming means you also have the gentle pressure of the water all around you. This amplifies your ability to push blood effectively throughout your body.

As an added benefit, greater blood flow is also linked to the release of endorphins, or hormones that act as natural pain reducers.

One 2019 study compared land-based athletes versus swimmers. The results were significant.

While simple immersion in water didn’t have any negligible effect on cognition, twenty minutes of breaststroke at a moderate pace did. Regardless of the athlete group (land-based or water-based), this amount of swimming improved visuomotor performance by 4 percent. The study concluded that swimming could acutely improve cognitive function.

The brain is a highly complicated organ, and it needs high-quality, adequate sleep to keep functioning its best. Swimming is a whole-body workout that promotes great sleep and the important internal functions that happen during rest.

For example, brain cells work hard all day performing various cognitive functions. That generates considerable metabolic waste. During sleep, cerebrospinal fluid goes in and out of the brain, flushing away this waste. (Just think of it like your brain’s friendly neighborhood garbage collectors!)

Researchers don’t have all the answers or connections yet, but one thing is clear: sleep is vital to brain heath, and as an aerobic activity, swimming can help your brain get all the sleep it needs.

While there have been many studies demonstrating a link between swimming and brain health, many of these have focused on adults or the elderly. The brain benefits of swimming very much extend to children as well, though.

Are You Ready to Start Swimming? 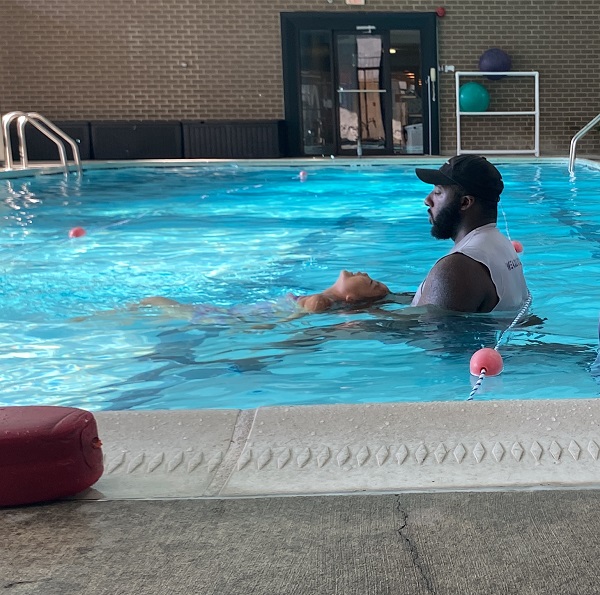 If you’re ready to start capitalizing on all the mental, physical, and emotional benefits of swimming, explore the different swimming classes we offer.

Whether you’re looking for private adult swim lessons, one-on-one infant swim class, or a swim team environment, you can register with us today. 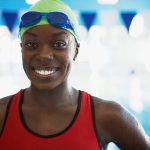 How Swimming Can Help You Get into CollegeBlog